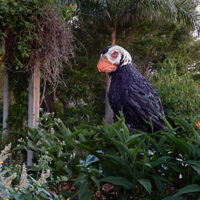 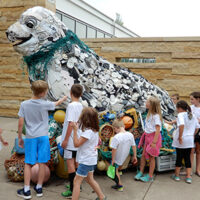 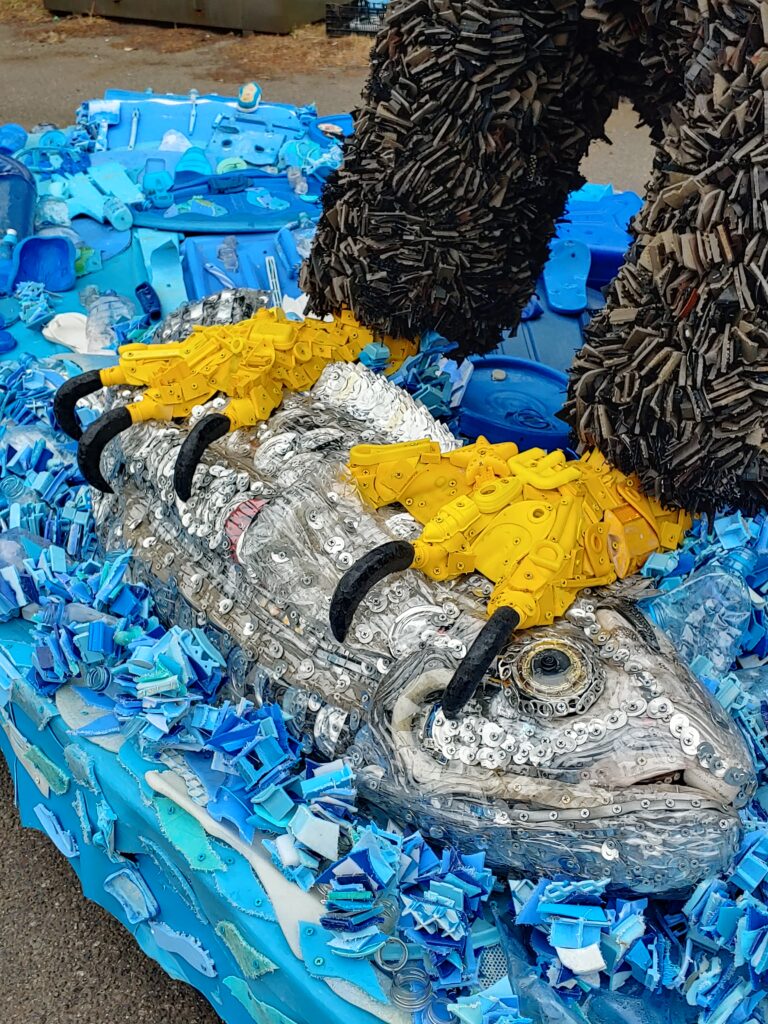 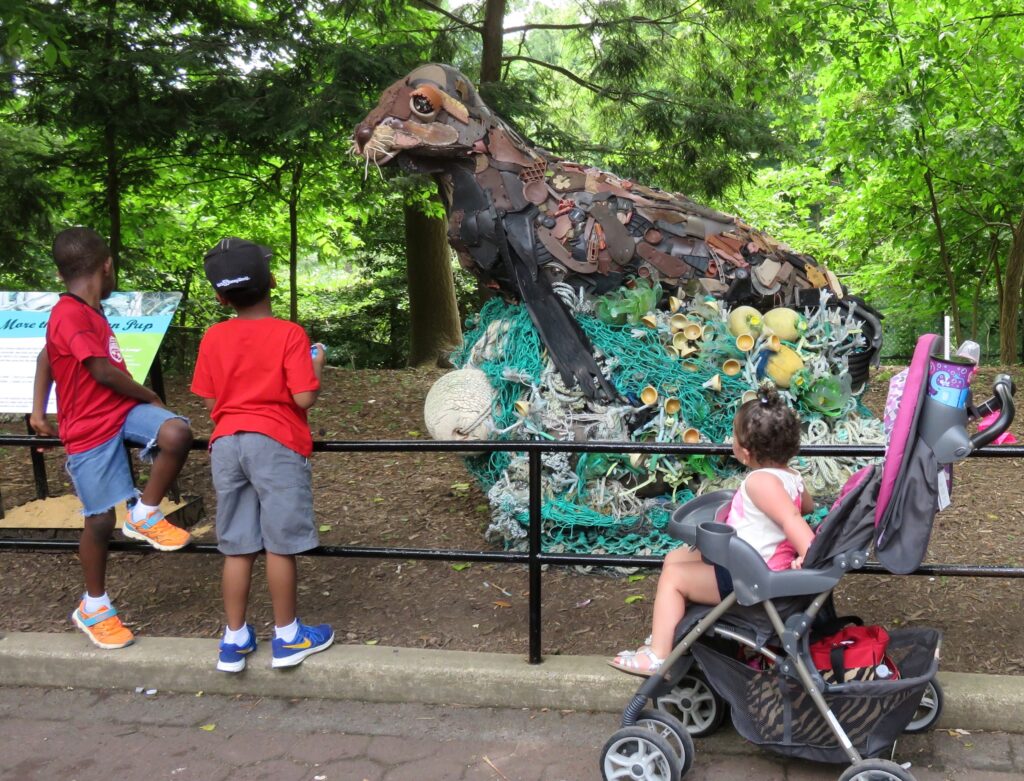 In The News
Our Stories

Washed Ashore is passionate about ocean conservation and education. Designed for educators and homeschool, our learning hub provides curriculum that aligns with our mission to save the sea.

Meet our Animal Advocates: Our world famous, giant sculptures made entirely from beach debris that travel the globe educating about plastic pollution and encouraging change. 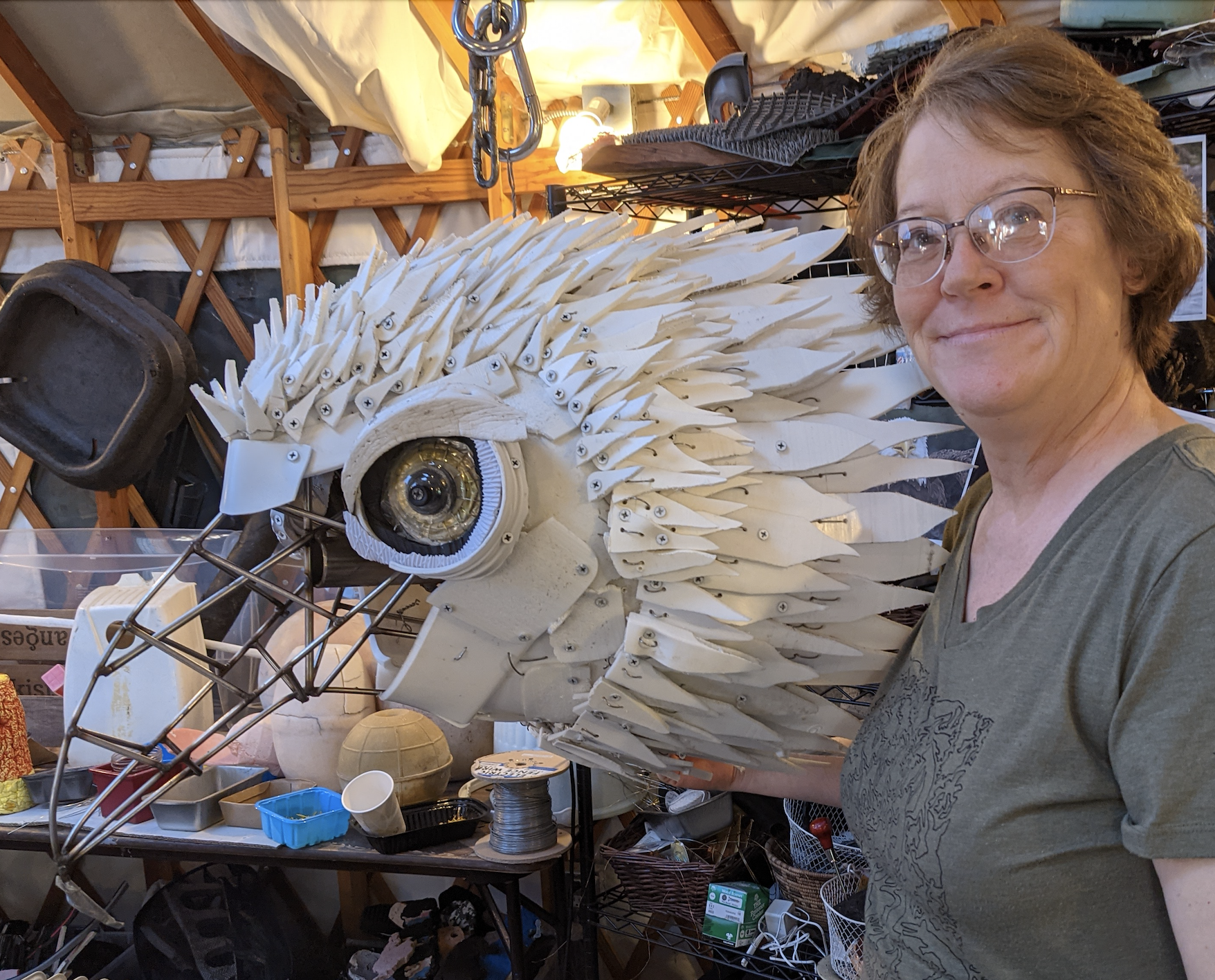 When the Covid-19 pandemic led to a national lockdown of indoor spaces in early 2020, the Washed Ashore gallery and art studios were affected much like everyone else. Volunteer activity ceased, exhibits were closed, and workshops were emptied. Washed Ashore relies heavily on a steady stream of volunteers to collect and sort debris and build parts of sculptures, accompanying our full-time staff of artists and helpers. But overnight, our doors were closed and volunteers sent home.

Knowing the problems of plastic ocean pollution were too great to ignore, Washed Ashore looked to find a creative way to continue our mission to create ‘Art to Save the Sea’ and finding a way to still work together, but differently.

“Everyone working together can make big amazing things happen,” is often said by Washed Ashore founder and Artistic Director Angela Haseltine Pozzi. And so we got to work, calling on supporters and putting together a plan to unite us as the pandemic kept us all apart. 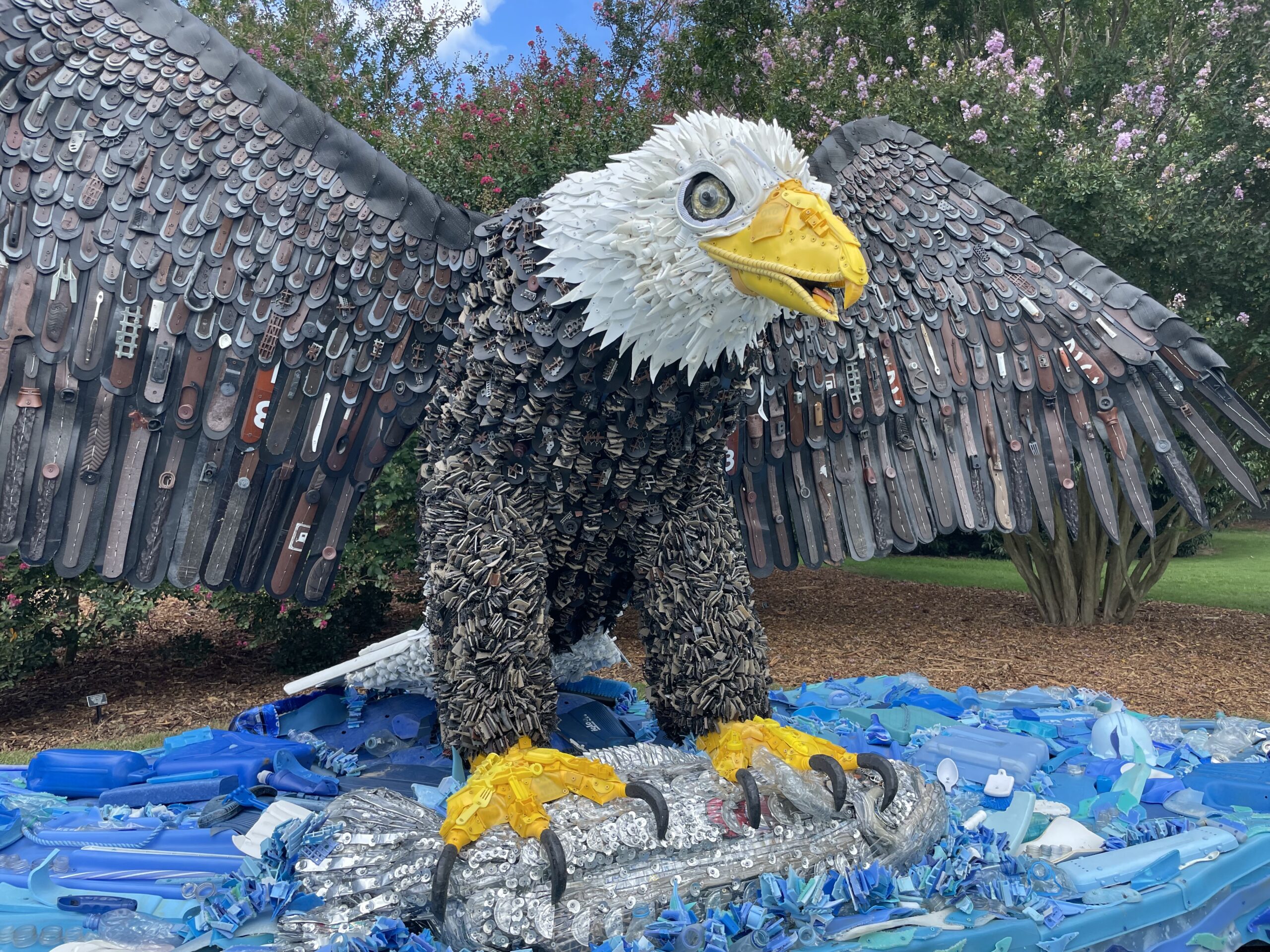 To bring a country together during times of hardship, Washed Ashore opened our determined efforts nationwide with a goal to work together and create a new sculpture, a symbol of unity. What better symbol of hope and unity for the people of the United States than a giant American Bald Eagle, the symbol of our democracy?

The project was named “Come Soar With Us”, by our Executive Director Katie Dougherty and our team got to work putting together detailed plastic debris construction kits and instructions and mailing them out across America to over 1,550 volunteers across seven states. Their tireless participation stretched well over eight months, creating the feathers for what would be become Rosa’s impressive wingspan.

At Washed Ashore, this project was a way to bring our country back together when we all needed a feeling of resilience. During a time when so much was halted, the momentum and collaboration from creating Rosa with all of our staff and volunteers was inspiring and has given our team an enormous sense of pride and accomplishment.

Our Volunteers Made It Happen

Thank you to our contributing volunteers, your time and efforts have not only created a beautiful and captivating sculpture, you have also made a difference to bring awareness to growing plastic pollution problem in our oceans and waterways. Over 1000 pounds of debris was used to create Rosa, including 4,000 volunteer-made feathers. Norfolk Botanical Garden alone completed over 700 feathers with hundreds of volunteers.

Hundreds of others participated as well including: 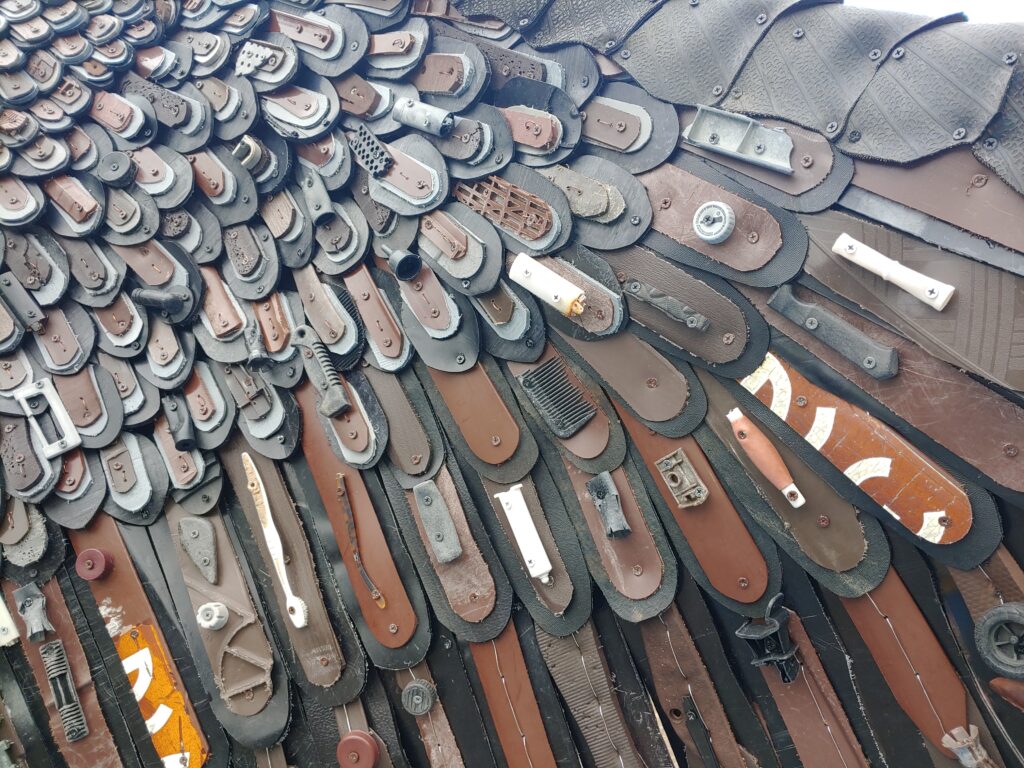 You can see Rosa in person at Norfolk Botanical Garden in Norfolk, VA, from August 21 – November 4, 2021.

Donate Now
Volunteer With Us
Host an Exhibit

SAVE THE SEA DONATE NOW

Your donation helps us create art that educates and inspires change 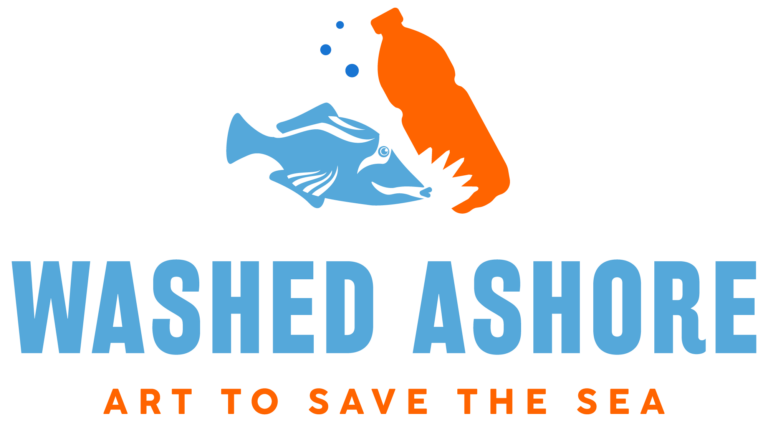 Our volunteers are an essential part of the Washed Ashore team! 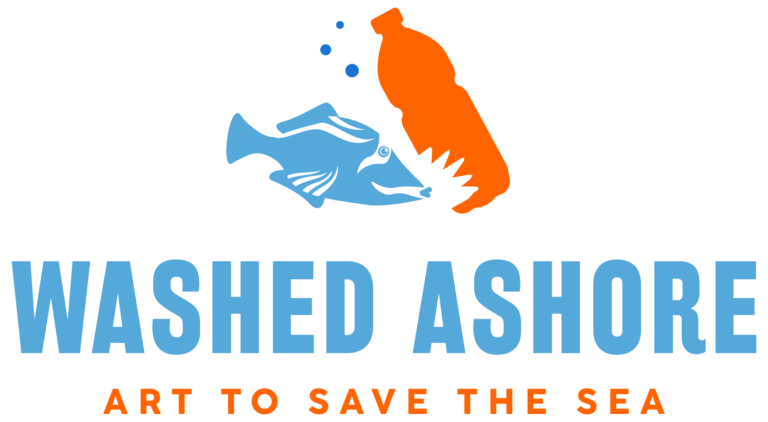 We are here to answer your questions